has performed as a solo artist and sharing stage, TV and radio broadcastings and albums with countless artists in several countries of South America, Europe, Southeast Asia, Russia, Japan and the USA.

Among his credits as an educator is the first book on Rock rhythms ever written in Latin America, namely Introducción al Rock/An Approach to Rock along with his other works…

As a solo artist he recorded with his sextet the albums Afro Tango, Tango 2000 and Latin Fantasy released by Sony Music.

From Zero to One

We are moving from zero to one, not from one to hundred. That means we are focused on creating new solutions, not copying the existing ones.

Working with us you will work with professional certified designers and engineers having the vast good experience.

Creating a design it is not an end in itself, but a means. We understand the rules of the games. It’s about to make you happy.

This is our dedicated team who work day-in and day-out together to bring
our clients the most amazing projects for a digitally connected world.

The people who have trusted us so far

We’d like to thank you so much for being with us that day! We’ve never seen such awesome photos, all our guests and friends are thrilled. It’s difficult to find words to express our gratitude. We simply can’t stop staring at pictures. We’ve never expected such fun and creativity, thank you! You’re a true professional and we’re very happy that we chose you. We wish you all the best! 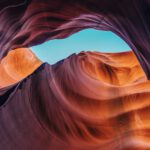 Satisfaction Lies in the Effort

Photography is the Science

This Post Looks Beautiful even with Long Interesting Title